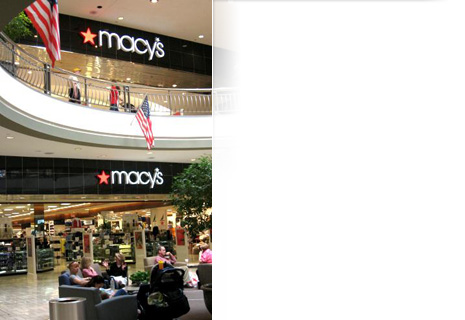 Macy's on Wednesday (Sept. 28) pledged an aggressive chain-wide RFID rollout, promising to item-level tag some 700,000 UPCs in every Macy's and Bloomingdale's by the end of 2013. That will represent about a third of all of the $25 billion chain's products and one of the most aggressive retail item-level deployments yet.

Macy's won't be tagging any of the replenishment goods directly, leaving that task to its suppliers, who will ship products to Macy's already tagged. This massive item-level selling-floor-to-the-stockroom project began as a pilot at the Bloomingdale's New York SoHo, which is a pilot-friendly place apparently—the chain is now using Bloomingdale's SoHo to test Google Wallet. As a practical matter, this rollout will give Macy's a wide range of technology options as the potential of full item-level RFID gets closer. But Macy's is officially focused fully on just one RFID function: faster and more accurate inventory.

The passive tags, being manufactured by Avery Dennison and Tyco using chips from Impinj, can be read from three to six feet away, said Bill Connell, Macy's Senior VP of logistics and operations. The chain won't be using any stationary readers. Instead, it will use handheld gun readers to scan around the fixtures.

Connell stressed that improved accuracy—and much faster product replenishment—is the big payback. "The speed and accuracy is far beyond what we know we can do with a laser reader," he said. "I did a rack myself, where I knew what the count was and I got a 100 percent in one pass around the fixture." Typically, Connell said, he's expecting to see a boost from the typical 90 to 92 percent accuracy of barcode scans to the "very high 99s" with the RFID item-level approach.

With all of the various potential item-level functionality, it would be easy to get distracted, which is why Connell is trying to not even consider future possibilities. "The only use case we're thinking about is replenishment. We're going to just be focused on accomplishing that," he said. "We've got to have the discipline to execute this [replenishment] use with a high degree of effectiveness."

That said, as the rollout hits each store, those associates will immediately have some new capabilities. Consider a customer who is desperately trying to find a specific style garment in a specific size. POS says it's in stock and out on the floor, but the customer and associate can't find it.

If the associate can get his/her hands on one of the RFID scanner guns—"a typical store probably needs somewhere between six and eight of these things," Connell said—then the associate can use a Geiger Counter feature to quickly search for the garment anywhere on the floor, which is especially useful if an earlier customer placed the garment wherever he/she felt like it.Still, it wouldn't be the effortless instant search described in limitless item-level RFID PowerPoint presentations. "You'd have to have the gun, know the UPC and you'd need to generally know which rack" the garment is likely in, Connell said.

The launch will officially start next year and "will be in size-intensive replenishment categories such as men's furnishings, intimate apparel, men's slacks, denim and women's shoes in each store nationwide. Macy's and Bloomingdale's private brands are included in the initiative," said a Macy's statement. "This will enable multiple counts throughout the year compared with the current practice of taking a physical inventory once a year."

Greg Buzek, president of the IHL retail research group, said he thought it was a good move, if not a bit overdue. "I guess my first reaction is that it is about time," he said. "RFID at the item level has tremendous benefits, particularly for retailers that focus on soft-goods products, because issues of interference that plague many hard goods and food items do not exist. Using the technology to streamline the supply chain, to locate products within the store that are on the wrong shelves, in dressing rooms, while providing a better inventory account has a direct impact on sales."

IHL has reported 25 percent item sales boosts "for tagged items in certain categories simply because there is a better chance the inventory is on the rack where the customer is looking for it. Because these are passive tags, however, the actual benefits will come down to store execution of fixing any issues at the store level," Buzek said. "Combined with a strong task-management platform, this installation can provide a powerful return for Macy's and a competitive advantage in in-stock position over its competitors."

On the other hand, given that the goal—after two years—is to impact only 30 percent of products, that limits how far this can go. "For example, it can't be a replacement for EAS," Buzek said. "It's really just a large-scale beta test."

Given that much of the financial heavy-lifting here will be shouldered by manufacturers, Macy's had to persuade quite a few of its product makers to buy in.

Connell said the core of his argument was pointing out that item-level RFID was very much in the interests of manufacturers, because the more accurate inventories mean that more purchases will be made—and made faster—to replenish products. "When you sit there and describe why this is a good thing to do, that it's as good for the vendor as it is for Macy's," resistance melts, he said. "As our sales go up, our purchases go up."

Of course, the real ROI argument is that Macy's won't be alone. If lots of other major chains join in—which seems likely—then the manufacturer's investment becomes a no-brainer.

Therefore, much of this arrangement truly needs other chains to play, too. That's certainly not out of the question, given recent item-level efforts from Wal-Mart, and J.C. Penney and LL Bean along with some creative RFID moves from Aldi.

It's a delicate balancing act, as it will take many of the top-tier chains to make this fully profitable for suppliers. If everyone plays, this works. If just a few play, well, it really depends on who those few are. If they are sufficiently large and—this is even more critical than size—sufficiently diversified product-wise, it might work with 10 or 12 major players.

Someone has to go first in a big way. Macy's move is the brave and the smart approach. The question remains: Will it be the right approach? And when the answer to that question relies solely on the actions of your most direct competitors, that can make for some very sleepless item-level nights.