Risque Business: Sears Thought It Had Removed A Naughty Image, But It Didn't Go Far Enough 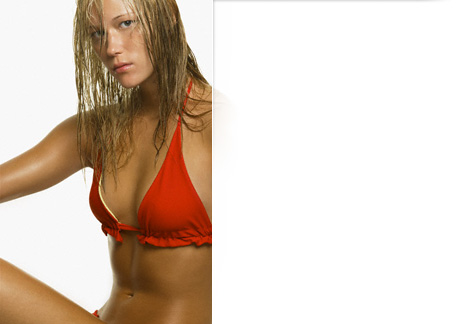 Sears got a double-barreled lesson this week on the risks of letting third-party sellers put products in its online marketplace at Sears.com. On Monday (Feb. 13), customers discovered an exceedingly revealing product image (to be explicit, it was bare breasts) for a $24.99 lingerie item. Word—well, snickers—passed around the Internet until a Forbes blogger contacted Sears for comment, after which the offending image was removed. Sears thought the problem was resolved. It wasn't.

It turns out there was at least one more copy of the problem picture—this time on Sears' ShopYourWay.com Web site.

According to Sears spokesman Tom Aiello on Tuesday (Feb. 14), "This was a marketplace item from a third-party seller and not Sears. The terms on our marketplace prohibit images from displaying nudity and see-through clothing. We are in the process of updating all of our sites."

In other words, Sears went into search-and-destroy mode to find all the copies that might have been uploaded by outside sellers. The big chain wasn't just burned by a third-party seller who broke the rules. Sears also forgot about the complexity of its own site.

Why didn't the possibility of more copies of the offending image occur to anyone at Sears until we asked about it? (We found the Shop Your Way version after a two-minute Google search.) The most likely explanation is that, like most chains, Sears has plenty of tools to efficiently update product information (although those tools can also efficiently create an E-Commerce mess). That can lead to an unstated assumption that everyone can easily put up, update and take down product pages.

Unfortunately, that's nothing like reality, especially on marketplace areas of large-chain sites. Most E-tailers who offer selling space for third-party sellers have perfectly reasonable interfaces for those companies to post their products. But the sellers are often tiny companies eking out a living with minimal technology. They may not even remember all the places they posted a product in an E-tailer's marketplace sites—they'll just put it everywhere they can.

So if Sears goes to that mom-and-pop seller demanding that all versions of an offending image (this one pretty clearly violated Sears' standards, which "prohibit images from displaying nudity and see-through clothing"), the little seller isn't likely to be any help. It's not that they don't want to cooperate. They have no idea where they posted those products.

That same mom-and-pop-level retailer is also the most likely to use whatever image they can find as a product shot. In this case, although the lingerie-maker's own Web site has a product shot with the naughty bits Photoshopped out, it appears the third-party seller just scanned in the product insert, which was a lot more graphic.

Exactly how graphic? The same images that were such a problem for Sears are also still visible in Amazon's marketplace—for example, here and here (Warning: Not Safe For Sears). Whether or not you find them offensive, here's something that's certainly shocking: It's a product that's (at least sometimes) more expensive from Amazon than from Sears.