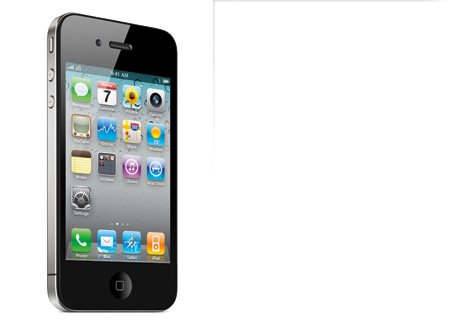 Mobile check-in firm Shopkick last month tried an experiment in which it wanted to re-create the foot traffic of Black Friday, on a random day where there existed no special sales. The effort, where double points were offered to walk-ins, seemed to succeed in delivering the crowds of Black Friday but not, apparently, the sales. It was the perfect mobile marketing metaphor.

To be clear, what Shopkick said it did is quite impressive. It created what it dubbed "Black Friday 2" on Friday, Feb. 24, a day chosen to represent a "normal, non-peak shopping day." And by doubling the kicks—Shopkick's incentive points—it said it delivered the largest walk-in day ever for its participating partners, including American Eagle, Best Buy, Crate & Barrel, Macy's, Old Navy, Toys'R'Us and Wet Seal.

Shopkick CEO Cyriac Roeding even stressed—paradoxically enough, for the vendor CEO—how low-value those kicks are. "So we offered about double the kicks to users for walking into any Shopkick partner alliance store and that was still worth less than a dollar," he said. The magic behind the value placed on those kicks is something retailers—such as Target—are still trying to master.

To what end, though? Are these shoppers who went to the local large mall and simply hit store after store to accumulate the points? The much more meaningful figures would have been sales numbers, to indicate that this rush of manipulated foot traffic did something beyond running to the next store, until their mobile phone heard the Shopkick tone, registered points and moved on.

Shopkick argues that the value of its service is that it delivers the people to the store. To a certain extent, that's true, aside from people who game the Shopkick system by visiting Web sites that re-create the audio tones and barcode scans to trick Shopkick into thinking that a shopper is in the store when he/she isn't.

That does make this statement on Shopkick's news releases rather disingenuous: "Because Shopkick is able to detect actual presence inside stores, partner retailers ensure that marketing dollars put into the Shopkick program are being spent to reward customers who are actually present in the store, translating into higher value rewards for the shopper. Presence detection is something not possible with traditional location-based applications, which rely on GPS technology that has a typical error radius of 500 yards on mobile phones." The reality is that Shopkick's app can be fooled, just like all of the others. Shopkick uses a variety of techniques to minimize such fraud—such as making sure that the shopper had enough time to have gone from Store A to Store B and that it's not done when a store is closed—but let's not pretend that fraud never happens.That said, Shopkick's objective is to deliver the customers, and then the retailer takes over. But does the Shopkick system undermine its own goal? By offering double-clicks on a single day, is the shopper incentivized to hang out at that first store or to move to the next as quickly as possible, to rack up the maximum points?

At the end of this kick-collection scavenger hunt, however, the shopper is likely to actually shop and might just do so at one of those Shopkick partners. Then again, now that the incentive is gone, the shopper is just as likely to shop at some store in the mall that is not a partner. The winner is more the mall than any individual retailer.

To get those kicks, the consumer had to have the Shopkicks app launched as they walked into the store. Did those partner stores actually receive that much increased traffic, or were these shoppers they were getting anyway but the promotion prompted them to launch their app?

Were these shoppers who wanted to shop and they were putting it off, but the Shopkick promotion pushed them to shop? If so, that's great. A much worse scenario: Were these not shoppers at all, but people who enjoy playing the kickbacks collection like a game?

This is why it was so critical that Shopkick released sales figures—to the extent the company can piece them together—from its partner stores. Shopkick has a linked payment-card program, too, which would reveal to it specific sales figures that come from those registered cards.

Shopkick also awards kicks for activities inside the store, such as scanning specific barcodes. Releasing those figures would reveal how far into the stores these Shopkick shoppers went. Given that the Shopkick statement only referenced "a dramatic increase in foot traffic"—with no reference to sales or inside-aisle barcode scanning—it raises the question of what the retailer return truly looked like.