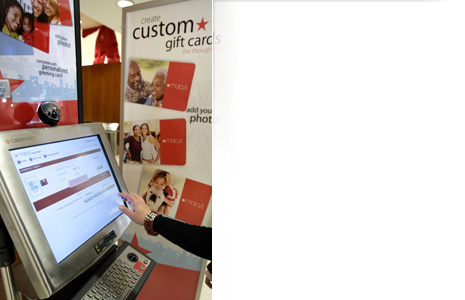 The great New Jersey giftcard exodus continues. On April 5, Blackhawk Network and InComm announced they'll pull their Visa and MasterCard giftcards from New Jersey retailers to avoid a new state law requiring them to collect and store the purchaser's ZIP code. (American Express giftcards are already gone from the state.) Their complaint: It's an IT project that's all cost and no business benefit. But in a merged-channel world, that's not the only problem with the new law.

In fact, what lawmakers probably thought was a simple idea runs into a buzzsaw of complexities—and the IT project is the easiest part of the problem.

The New Jersey law, which goes live in 2013, requires in-state retailers to collect ZIP codes from all giftcard buyers and for the ZIP codes to be stored by the giftcard vendors, whether they're located in New Jersey or not. (ZIP codes? They don't ask "Which Exit?") If the full value on the giftcard hasn't been used within two years, the vendors must turn over the unused part to New Jersey, where it can (theoretically) be recouped by the cardholder by contacting the state. Meanwhile, the state gets to hold (and use) the money.

That's unlike any other state's laws for unused giftcards, according to National Retail Federation General Counsel Mallory Duncan. "Lots of states have escheatment laws that require businesses to turn over unused card values after some period of time," Duncan said. "New Jersey goes much further. It requires retailers to keep track of where the giftcards are purchased (by ZIP code), regardless of where the cards are used. Is a giftcard purchased in New Jersey but sent to a recipient in Delaware—where 90 percent of its value is used—really a New Jersey issue? Furthermore, N.J. expedites the escheatment process to such an extent that the excess card value may have to be escheated to the state, in some cases, before the customer had finished using the card."

Blackhawk and InComm, who pulled the plug on New Jersey cards this week, offer giftcards for Nordstrom, Home Depot, Barnes & Noble, Sears and Starbucks, among other chains.

Let's leave aside the obvious issues: How does a giftcard recipient know what state the card came from to recoup the card's value? What's a chain store to do when the customer complains about a giftcard that had $50 on it yesterday but comes up completely drained today? Who will giftcard recipients blame when the cards come up empty? (OK, we have a definitive answer to that last one: They'll blame the retailer.)

The really nasty problems are in the implementation details. An in-state giftcard vendor dealing with cards that could only be used at brick-and-mortar in-state stores? That's relatively simple. It's also a situation that doesn't exist in merged-channel retail reality.

What happens when a New Jersey resident buys a giftcard from a chain's E-Commerce site—say the customer goes to Target's Web site and buys a giftcard to mail to an Illinois resident? Does Target have to collect the ZIP code and forward it to New Jersey? What if the giftcard is to be mailed to New Jersey? (American Express has stopped selling giftcards through stores in the state, but said it will still sell them to New Jersey residents online. Presumably AmEx doesn't think it still has to collect ZIP codes.)

What if there's an E-Commerce kiosk in the store and the giftcard is bought through the Web site that way?

Who's liable if the person picking up the card lies about not being a New Jersey resident—the customer? The retailer? The card issuer? The difference between a giftcard lasting essentially forever or only two years may make a customer believe it's worth lying about.

What happens if a chain sells a card (and collects a ZIP code) in New Jersey but stores the ZIP code at the datacenter in California, where privacy laws class ZIP codes as legally protected personal information and collecting or storing them is impermissible in most cases? Is the chain at legal risk?

Will there be a PCI impact? (Isn't there always?) What if the state decides it needs to audit a retailer's or vendor's compliance by matching up Visa- and MasterCard-branded giftcards with account numbers and amounts?

And why are all these questions without answers? Because two years after law was passed, the New Jersey Treasury department hasn't issued guidelines for how and when ZIP codes do and don't have to be collected—or exactly how giftcard holders will recoup their two-year-old card's value if it's drained by the state.

One state spokesman suggested that the recovery process will involve filling out a state form. Another said last week that cardholders would still be able to use the card, but if New Jersey had already laid claim to the card's value, the retailer would have to either jump through administrative hoops or eat the loss.

And doesn't that make you want to sell giftcards in the Garden State?