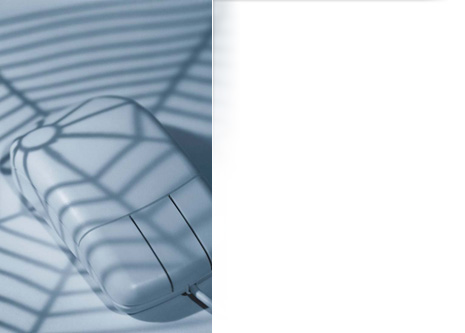 For once, JCPenney (NYSE:JCP) has something to be happy—not just hopeful—about. On July 22, a federal appeals court delivered what should be the final blow to a patent-infringement lawsuit that dates from CEO Mike Ullman's first stint in that job—and one for which JCPenney served as a stand-in for the entire retail industry.

It was in October 2009 that a company called Eolas, claiming it had patent rights to any interaction with images using a web browser, sued more than 20 big companies, ranging from Apple and Perot Systems to Frito-Lay and Playboy. By the time the case came to trial in 2012, most had settled, but half of those who remained were retailers: Amazon, CDW, JCPenney and Staples. As the jury deliberated, only JCPenney, Amazon, Google and Yahoo hadn't bought their way out.

Then the jury came back—and invalidated all of Eolas's patents. Last week the appeals court affirmed that decision without comment.

That means JCPenney and the remaining defendants still have to foot their legal bills, but they don't have to pay millions more to Eolas. How much more? It's not public how much Staples, CDW, Apple and the other defendants paid to settle. But Eolas's first lawsuit—against Microsoft in 1999—resulted in a $540 million jury verdict against Microsoft. Microsoft appealed, but eventually paid Eolas more than $100 million in 2007.

The appeals court decision also confirms that there's nothing left of the patent lawsuits Eolas filed even after it lost that jury verdict—which means Disney, Facebook and Walmart are also off the hook.

Eolas isn't the only company still waving around technology-related patents that retailers have to deal with. It's not even the one that sued the most retailers (that could (would?) be giftcard patent troll Card Activation Technologies, whose patents were thrown out in 2011).

But Eolas's patents were the most far-reaching—any interaction with an image on the web, remember, including clicking on it—and the defendants went so far as to bring in World Wide Web inventor Tim Berners-Lee to testify that, no, actually, clicking on things on a web page really is obvious. (Wired has a nice account of Berners-Lee's testimony, written before the outcome of the case was known.)

And if Penney's and the few other remaining defendants had cut a deal before the jury returned, Eolas would now be busily coming after every retailer in e-commerce.

Of course, Eolas still has the option to try an appeal to the U.S. Supreme Court, which in the last few years has turned decidedly less friendly toward questionable patents. But for now, JCPenney has something to be happy about: It beat the biggest patent threat web retail has seen.

Now it just has to survive back-to-school.