Are Check-In Apps Losing Their Shine? 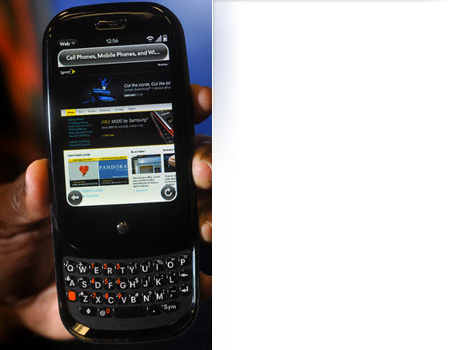 Columnist Todd Michaud has spent the last 17 years trying to fight IT issues, with the last seven years focused on franchisee IT issues. He is currently responsible for IT at Focus Brands (Cinnabon, Carvel, Schlotzsky's and Moe's Southwestern Grill).

Jamie used to think that using the check-in apps on her phone was cool. She could let her friends know where she was, and she was often crowned the "mayor" of her favorite pub down the street from her house (when Justin didn't take it away from her). There were some rumblings about "free appetizers for the mayor," but nothing materialized. The coolness factor of checking in and becoming mayor started to fade a bit. Jamie began to wonder whether it was worth the hassle anymore.

We are witnessing a race that will determine the success or failure of many Quick Service Restaurants' rewards programs. On one side, we have the socially enabled "check-in" applications like Foursquare and GoWalla, where friends share their location and compete to earn badges. On the other side, we have brands trying to offer perks through these applications. Today, these perks are inconsistent in terms of both which locations offer them and the value they provide to customers. If the industry as a whole doesn't start to provide consistent value to the consumer through these new tools, I think the social aspect (the game) may pass by as nothing more than a fad, leaving brands right where they started.

One of the biggest challenges with loyalty and rewards programs in the Quick Service Restaurant (QSR) space is determining if your customer is actually in the restaurant. Unlike supermarkets or more casual dining restaurants, where a loyalty card or even a barcoded key fob might be used (and socially accepted), consumers haven't shown a lot of interest in toting around various QSR brands in wallets or on key chains. As a result, it is very difficult for many of these brands to engage with customers via traditional rewards programs.

That has changed with the growing popularity of check-in applications. These mobile applications have the ability to alert retailers that customers are in the restaurant that very second. In a stroke of blind luck, these brands had their single biggest challenge solved as a side effect of a game played on a cell phone.

But there is a lot of noise about these applications losing steam. There seems to be somewhat of an "over-sharing backlash" from the constant updates these tools provide. And people are already talking about how these tools are no longer as fun as they used to be.

There are also concerns about personal safety when it comes to stalkers or even people breaking into houses because they know the homeowner is enjoying being the "mayor" at the pub down the street.I think the key to the survival of these tools is to switch the focus from the social game to the rewards. Shopkick has started with this approach; consumers who use its application focus on earning points by visiting participating retailers rather than just geo-locating their friends.

Think about it, people don't carry around their supermarket rewards card because they love the supermarket brand. They do it because they want to save money on their grocery bill. (Note: I just laughed out loud at the idea of a tool that shares your supermarket success: "Todd just saved $2 on Huggies!")

And the thing is, there are tons of opportunities for brands to take check-in to the next level:

Another big challenge is the ability for the major QSR brands to respond quickly enough (no pun intended). With many of these chains operating thousands of stores, designing, building and implementing a massive program like this may take months, if not years. I personally don't believe these tools have much life left without gaining some major retailer support.

And if the industry as a whole doesn't start to offer these types of perks consistently, I'm worried that the check-in apps will become the next acid-washed jeans. Once check-in goes out of style, it won't matter how good the perks are. Although the Shopkick model of points is a good start at consistency, it just doesn't seem to have the flair or pizzazz I think is needed to take things to the next level.

What do you think? I'm interested in your feedback. Do you think these check-in applications are a fad that will fade into obscurity like Roseanne Barr?

Term Of The Week: "TADD"—Twitter Attention Deficit Disorder. "I follow this celebrity on Twitter, but he has a major case of TADD, talking about his new movie one minute and his dog the next."